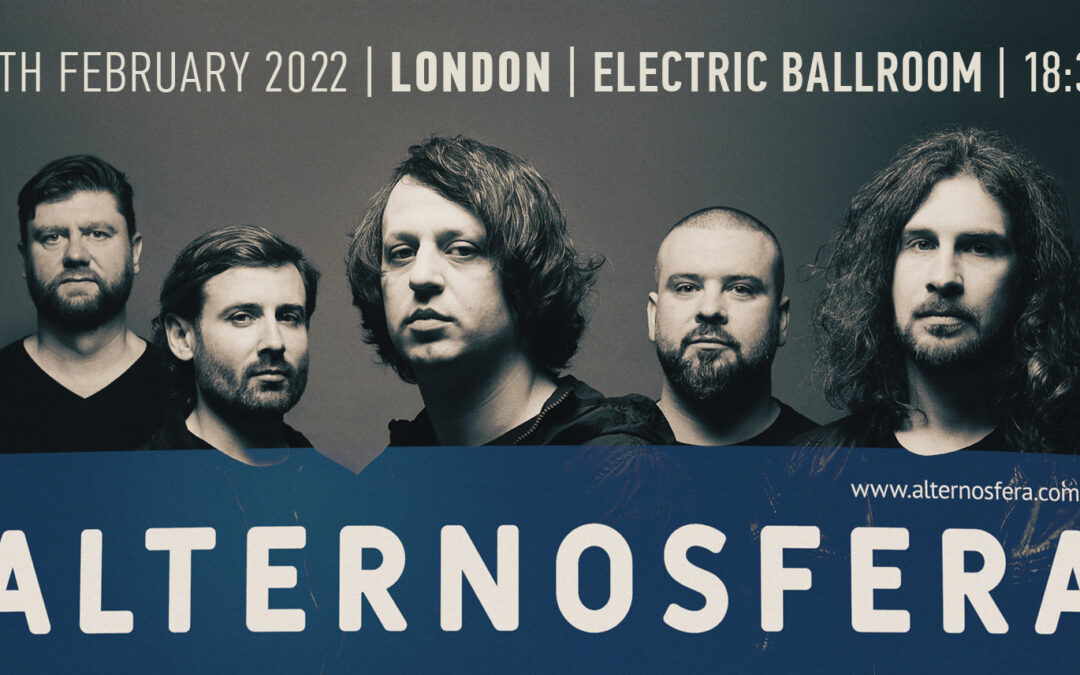 * Meet and Greet ticket holder include a signed CD “Arhitectul din Babel”  and photo with the band at the end of the concert .

The story of Alternosfera began on December 13th, 1998, when the first rehearsal took place with the full composition of the band, in Chisinau, Republic of Moldova. Over the years, Alternosfera changed its members, and today, only two of the initial members are part of the band. In its early years, the band was searching for a theme and a style, and experimented with various instruments, and gained experience by recording its first demos.

Their first album, Orașul 511 (City 511) was released in May 2005, and the album’s name comes from the garage no. 511, where the band was rehearsing. The album includes the song Wamintirile, which “invaded” the radios and TV stations in Romania and the Republic of Moldova.

The band’s second album, Visători cu plumb în ochi sau ultima scrisoare pentru femeia nordică (Dreamers with Lead in the Eyes or The Last Letter to The Nordic Woman) came out in June 2007. In this album, Alternosfera reached the peak of lyrical romanticism in its creation.

In the autumn of 2008, Alternosfera launched the EP Flori din groapa Marianelor (Flowers in Mariana Trench)
The essence of the triptych Epizodia revolves around the most important and most famous mathematical constants PI (π). In the past, the constant had mystical properties assigned to it, due to its relationship with the circle, and it is inseparable from the sphere and the universe. Epizodia wants to be inseparable from Alternosfera and its universe, the fans.

Virgule (commas)
Virgula (Comma) is the core of the triptych Epizodia, and the title of the 3rd album, which has 14 tracks: 3,14 (3.14). The comma separates and unites at the same time the whole from the fractional, rational from irrational, reality from dream, the distinct feelings from the discrete episodes of the continuous stream of life, a string that is placed in Alternosfera’s labyrinth – sphere – circle – π – 3,14 – 3rd album – Virgula – 14 tracks – track 3 of the album is Virgula (the Comma) and lasts 3:14.

In 2012, Alternosfera returned to the stage in Romania and Republic of Moldova, after a long break. The band performed during the Virgula promotion tour, which was shortly followed by the tour Postumele virgulei in lumina lacustră, (Posthumous for the comma in lacustrine light).

Epizodia
Staring at the sky, we picked the most important episodes from our memories, and we rebuilt the stars in the field of mathematical algorithms.

The album was promoted during Epizodia Tour, and its peak was a concert at Arenele Romane in Bucharest, where a record number of 3500 people attended. Over the next two years, the band held over 100 concerts in Romania and The Republic of Moldova.

In January 2017, the band was named for the fourth time in a row, “Best Romanian Alternative Rock Band” by Metalhead.ro.
At every concert, dozens or hundreds of fans wear Alternosfera’s t-shirts that they had bought during the concert or at previous concerts. Alternosfera’s fans wear the same t-shirts when attending shows held by other bands or on the beaches of Vama Veche, in clubs, in parks or in high-schools and universities. Those coming to the band’s concerts are consumers of quality events and they pay for tickets.
Alternosfera’s fans would rather buy CDs than download pirated music. After concerts, they queue in front of the backstage to get autographs on CDs, posters or notebooks, or to pose with the band. The fans stand with the band heart and soul. They follow the band’s Facebook and Instagram posts and are subscribed to the band’s official Youtube channel and celebrate every new song, album or video. Some of the band’s fans have tattooed lyrics or the band’s logo on to themselves.
During the last two to three years, almost all of the Alternosfera events or those that the band is taking part in are sold out, both in clubs (4-500 people) or big venues of thousands of people.
Alternosfera has become a well-known and celebrated band due to the music it has to offer and to the concerts, not through TV and yellow media. This is why there is a tight link between the band and its fans, and they together form Alsternosfera. The communication between the fans and the band happens through music and energy.
An Alternosfera concert is a dialogue between the band and its fans.